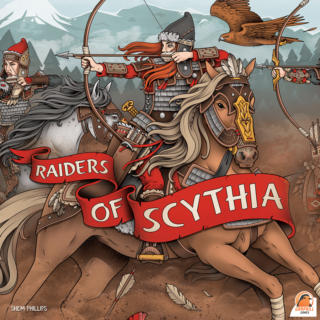 When Raiders of Scythia landed in 2020, it caused a few heads to be scratched. Garphill Games already had a ‘Raiders of’ title with 2015’s Raiders of the North Sea. Unless you’d followed Scythia’s progress, you’d be forgiven for wondering if it was another game in the same vein, a spiritual sequel, or a remake 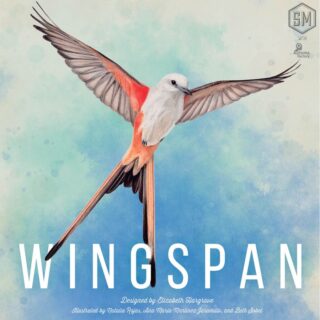 If you’ve been around the board game scene in the last couple of years, there’s a good chance you’ve already been exposed to Wingspan. It caused huge ripples when it landed in our pond, like a less-than-graceful duck coming in for a landing 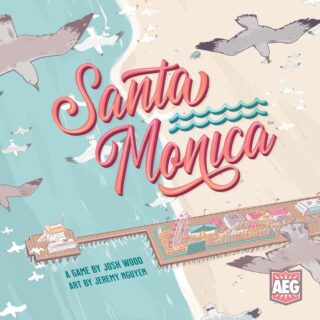 Santa Monica is a game where you’re trying to develop a neighbourhood in South California, and trying to choose the features which will score you the most points.

My little dude got to choose a game for tonight, and he picked Minecraft: Builders and Biomes by @RavensburgerUK . It's a much better game than most of the terrible kid-magnet franchise cash-ins, and I enjoy the tactical choices. Plus, giant wooden cubes! 😃

I was cleaning up my games and had a little shelf re-organisation at the same time. It's nice to look up from work and see the things I'm most interested in playing.

Learning how to play Lunar Base by @LunarBaseGame this evening. It's so simple to learn, but really competitive. Base-building needs careful decisions, and there's some great direct interaction going on.

This is so good! The SDR folk have worked SO hard on this game and campaign, changed expectations for game manufacturing, and PROVEN sustainable is possible. It's not just window dressing either, there's a great game. Please go and take a look.

We spoke too soon!
You know that professionally translated German edition, and the fancy pants box insert?
Yeah we unlocked them too 😏💚 https://twitter.com/SDRgames_studio/status/1440741140639084549

Do you wish you were on another planet sometimes? Try Mars! I've been playing Terraforming Mars: Ares Expedition, from @tired_wings @_tnl_ @FryxGames & @StrongholdGames . The original game's little sibling is a fantastic game - better than the original? https://punchboard.co.uk/terraforming-mars-ares-expedition-review/